Earlier this year, we published an article concerning the theft of catalytic converters from parked vehicles in Malaysia, and noted that this criminal activity has been rife, particularly in the USA, for several years. There are a number of reasons for this:

- the rising demand from automotive manufacturers for the precious platinum group metals used in catalytic converters
has led to increases in market prices, and as a consequence has led to a significant rise in the the value of scrap catalysts
- the lack of technical know-how required and the relative ease of removing catalysts from parked vehicles
- lack of security measures taken by car owners to protect
catalytic converters
- lack of legislation, in terms of proof of catalyst ownership means catalytic converters are difficult to trace once they have been stolen

The USA has seen an increase in catalyst theft of around 300% annually over the past two years, with tens of thousands of drivers being forced to pay out for expensive replacements, possibly up to $3000 for a new unit. Often, vehicle insurance doesn't cover this cost.

Furthermore, as the criminal gangs become more knowledgeable, so they have identified car models that offer the best returns in terms of precious metal yield. In the USA this includes the Chrysler 200, Toyota’s Prius and Camry, Honda’s CR-V and Accord, the Equinox and Silverado from Chevrolet and the Jeep Patriot.

As this criminal activity has become more widespread, the theft of catalytic converters has gained in attention, both in the press and with lawmakers. Vehicle 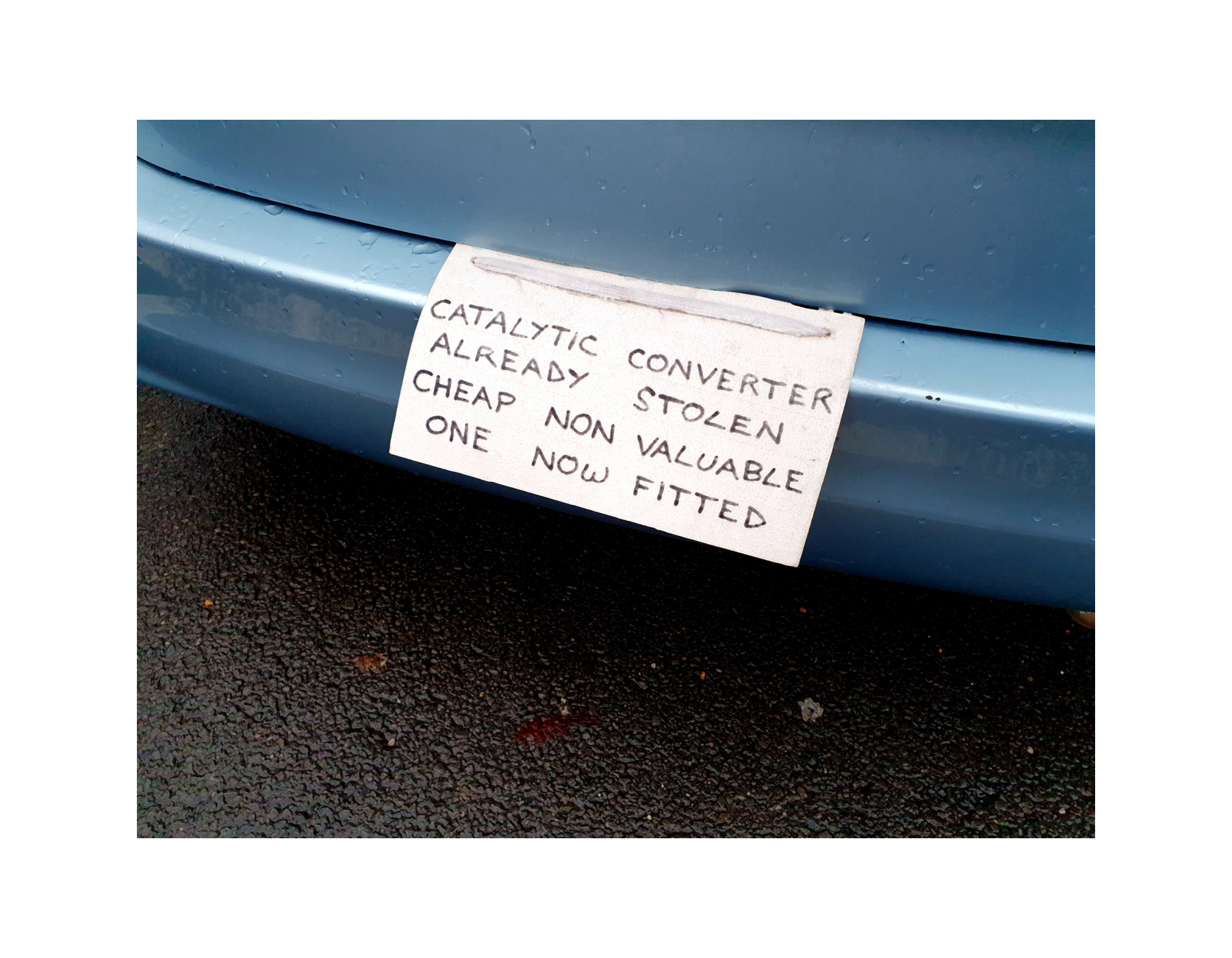 owners are being urged to take greater precautionary measures including:

As well, numerous states throughout the USA are introducing new or amended legislation to provide further deterrents to thieves…

California, as with a number of other important environmental issues, has been one of the most progressive states in the fight against catalytic converter theft. Current legislation requires a recycler to keep detailed records of all catalyst purchases and sales. Additionally, a recycler must pay for catalytic converters by check, the check must be mailed or provided no earlier than 3 days after the date of sale, and the seller needs to be a business, rather than an individual. Now, the state is going further by introducing new laws that allows payment by any traceable means other than cash. it will also become illegal for an automotive dealer or retailer to sell a new or used car unless the catalyst is engraved or etched with the vehicle identification number

Iowa has introduced legislation aiming to make catalytic converter purchases traceable and requiring proof of ownership when people come to sell them. Prior to the introduction of this law, no ownership proof was needed and a criminal could trade in his stolen catalysts anonymously, for cash. In addition, this new legislation provides for harsher penalties for transgressors.

Mississippi has brought in tougher penalties and, now, anyone selling catalysts is required to provide an ID and VIN number from the vehicle. In addition, the transaction must be paid for by check, to ensure that a paper trail exists for law enforcement purposes.

Washington, with a reported 1500 catalyst thefts in the first 6 months of 2022, now requires recyclers to show a record of their transactions and pay for catalytic converters through a traceable source and not cash.

There is no doubt that the world of catalyst recycling is waking up to the damage caused to the profitability and reputation of the industry, and it is heartening to see states across America responding to the problem with tougher legislation. It is hoped that these tougher measures will be adopted throughout the country, and, indeed, in other countries where catalytic converter theft is growing. Ecotrade has built its reputation on honesty and transparency and we applaud and support all legislative processes designed to fight the battle against criminal activity in the industry.