Tesla doubles its production with electric car factory in Shanghai 🚗 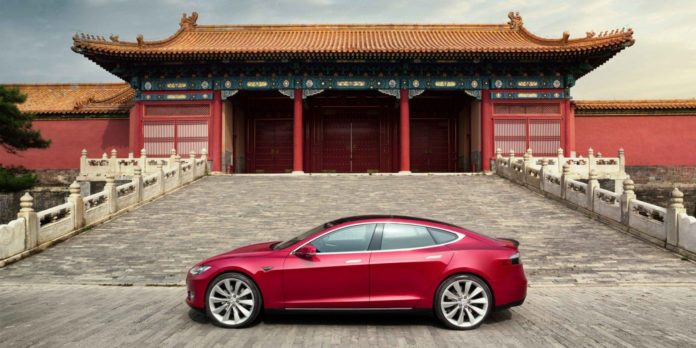 Chief executive of Tesla Elon Musk declared last week that the manufacturer will open a new electric-car factory in Shanghai. This plant in the Chinese city will be the first facility outside the US and will manufacture much more than usual. Indeed, this new automotive factory will produce 500 000 a year; while usual ones manufacture 200 000 to 300 000 a year.

Thanks to the new plant Tesla will be able to produce 1m vehicles a year, doubling its past production.

Shanghai, one of the centers of the Chinese automotive industry, urged Tesla to invest, not only in a new factory in the city but also in research and development. In return to “fully support the construction of the Tesla electric car factory in Shanghai”, the city committed to contributing to the capital costs.

At the time of this announcement, the price of Teslas made in the US and sold in China were high. This was due to the new 25% tariffs imposed by the Chinese government; a response to President Trump’s increase duties on Chinese goods.

With more than 28m vehicles sold last year, China is the world’s largest auto market. Forecasts even estimate that annual sales will top 35m by 2025.

Tesla will open a new electric-car factory in Shanghai, the economic capital of the world’s largest auto market. It will enable doubling the production.