In all the recent furors over the relative prices of platinum and palladium, and what this means for the manufacturers of catalytic converters, the third, member of the “catalyst club” is often overlooked. Rhodium, one of the rarest metals on earth and the third PGM used as a catalyst in the automobile industry plays a prime role in reducing nitrogen oxide, a major pollutant in the exhaust gas. However, it is used in much smaller quantities than platinum and palladium - around 1 million ounces per year compared to 10 million for palladium, for example - and hence rarely makes the headlines when PGMs are making news.

It is, though, exceedingly valuable, and its price is rising to new record levels. As recently as today Friday 14th February this year, it reached a high of $11,075 an ounce - around 6x the value of gold! To put this in some perspective, the price of rhodium was just $615 an ounce in 2016. 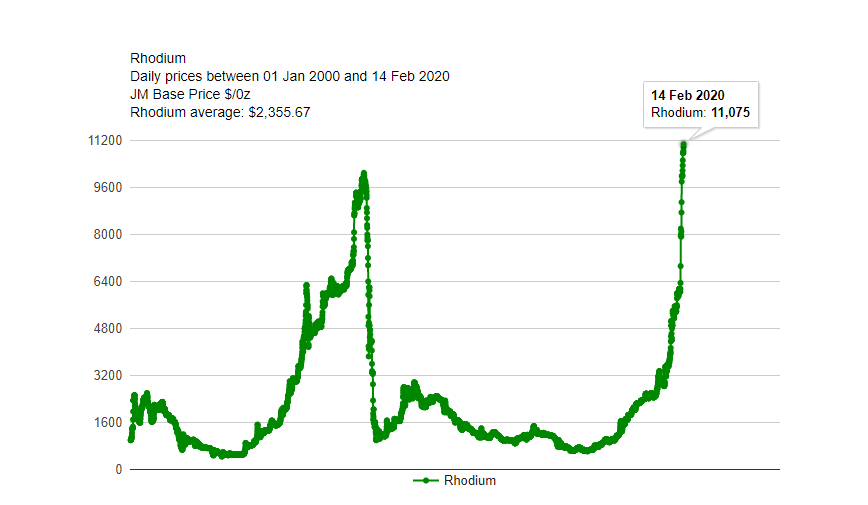 This January performance was a bit of a one-off, caused by power shortages in South Africa, the main producer of rhodium, which threatened a reduction in output (South Africa accounts for over 80% of the world’s rhodium output). However, the underlying trend is very positive as the automotive industry’s demand, particularly in China, continues to climb, at a time when stocks are low and new production finite. Also, unlike the debate over substitution of palladium with platinum that we recently highlighted, substitution away from rhodium, whilst not impossible, is difficult and costly to the point of being economically unviable, with gasoline-powered vehicles needing 2.5 - 4 ounces of palladium to achieve the same impact on nitrogen oxide emissions as 1 ounce of rhodium. 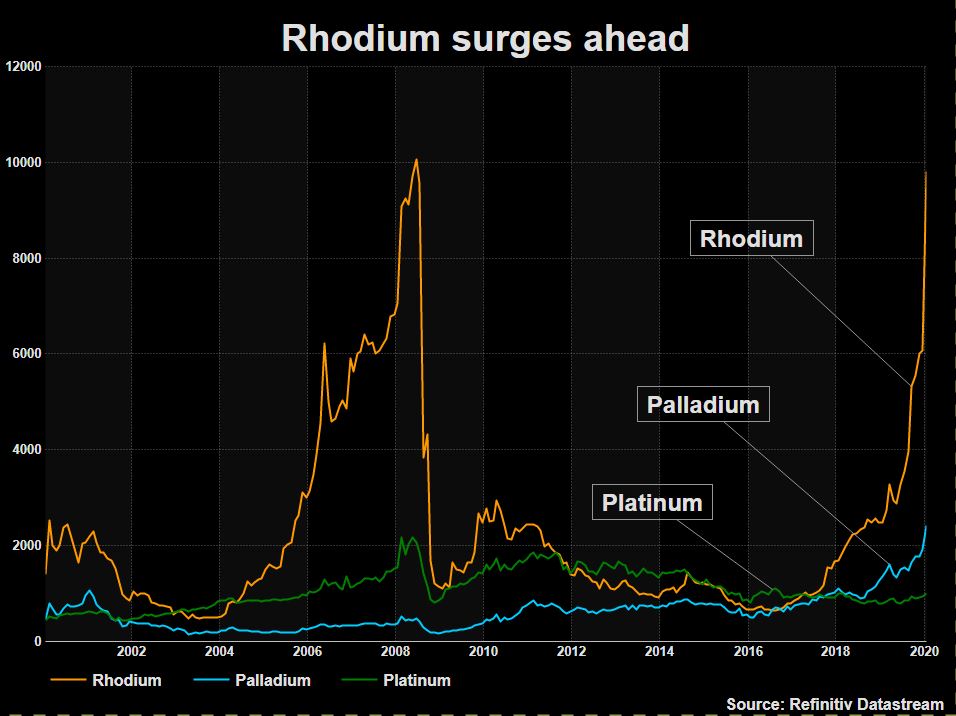 This is not the first time that the price of rhodium has exploded, but unlike the past occasion in 2008, prices are not expected to fall back sharply as they did then for a number of reasons:

The “Cinderella”  role of rhodium has traditionally also applied to the recycling market; platinum and palladium have always been the key sources of revenue behind the growth in the recovery of precious metals from catalytic converters. Now, though, rhodium recovery is growing in importance, adding even more value to each and every gasoline converter.