Platinum for Palladium - To Switch or Not to Switch🔁

PLATINUM FOR PALLADIUM - TO SWITCH OR NOT TO SWITCH🔁

Just 4 months ago, we published the article “The Future for Palladium”, in which we discussed some of the reasons behind the metal’s burgeoning demand and rising price. Since then, palladium’s price has continued to rocket, with forecasts suggesting that “palladium’s extraordinary rally has the potential for prices to go on and test $3,000 an ounce” according to Goldman Sachs Group. On top of this, there is now a considerable debate over its growing price differential, with it now trading at a record $350 / ounce premium to platinum. 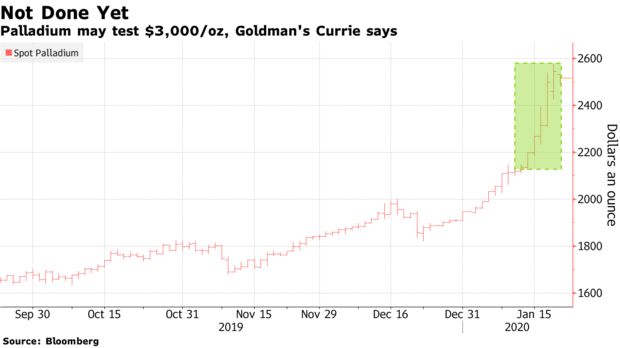 The price of palladium really started taking off in the early years of this century, purely because, at the time, it was considerably cheaper than platinum and consequently was used as a replacement for platinum in the production of catalytic converters in gasoline engines. Whilst palladium doesn't work in diesel catalytic converters, the decline in diesel engine production, particularly since the 2015 “Dieselgate” VW emissions scandal, has given a further boost to palladium demand, as purchasers move away from diesel-powered vehicles to gasoline power. Sales of new diesel passenger cars in Western Europe have fallen from almost 56% of the region's new registrations in 2011 to below 35% by Summer 2018, with gasoline-fired vehicle sales volumes increased as a consequence.

At first sight, then, it would seem to make sense for the automobile industry to switch back to platinum, reversing the strategy of the past 20 years, but for the same, very sound, economic reason - that of price. However, to do so is not straightforward.

First and foremost, switching between the two metals is not a simple process that can be carried out overnight. It took a number of years to make the switch from platinum to palladium in the first place and reversing the process will also take time. As General Motors' technical specialist Dr.Rahul Mital explained: “it’s not just a flick of a switch for us”. Over the past 20 years, much has changed in the design of catalysts, and so it would not just be a case of reviving old designs and processes. And, of course, making such a change would likely force a reversal in the relative prices of the metals and revive the whole debate 5 or 10 years down the road! Furthermore, the costs of the redesigns may end up outweighing the savings made, especially if the platinum price advantage is eroded quickly.

Secondly, there is a possible issue oversupply. Most platinum production comes from South Africa, followed by Russia and Zimbabwe. Palladium, by contrast, whilst also mined in those 3 countries, enjoys a bigger spread of sourcing, including the USA and Canada. So, in the event of a significant supply shortage from the 3 main sources, the auto industry in North America and the rest of the world would have more difficulty dealing with supply shortages in platinum, than they would with palladium - a risk that could well be a factor in why the industry remains reluctant to switch back to platinum.

The differing demand for the two metals is having a major impact on supply availability. The latest reports suggest that total platinum demand may lag behind available stocks by up to half-a-million ounces both this year and next, a surplus of more than 15 tonnes in a total market of 232 tonnes. In contrast, palladium is in deficit, with last year’s supply lagging behind demand by as much as 35 tonnes.

This is of major concern for the future. Regulations are only getting stricter, with increasing pressure on vehicle manufacturers to reduce harmful emissions still further. Law changes in China, in particular, will mean manufacturers will likely need significantly more PGMs to meet new tighter standards. Ultimately, this may lead to some substitution of palladium with platinum in gasoline systems, and, possibly, a return to more equality in the prices of the two metals.