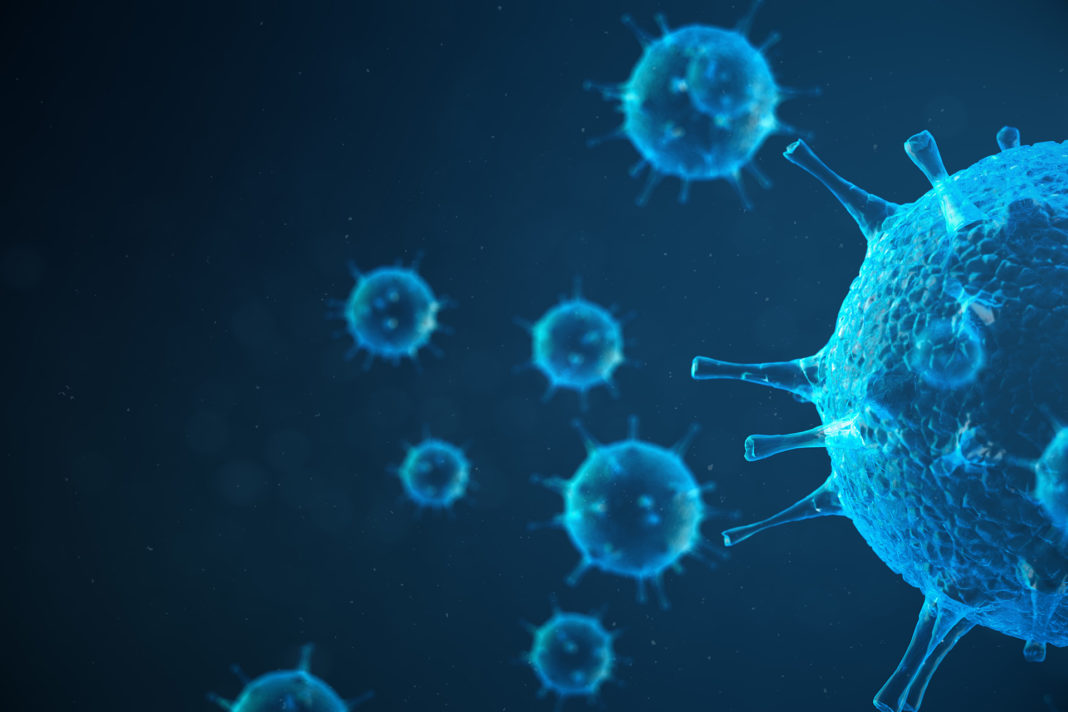 Now declared a pandemic by the World Health Organization (WHO), the novel coronavirus COVID-19 is now spreading dangerously across the globe. Apart from the tragic loss of life, it is inflicting, it is already having a major impact on financial markets and on the economies of many countries. In this article, we take a look at its impact on the Platinum Group Metals - platinum, palladium, and rhodium.

As more and more measures are being taken to fight the spread of COVID-19, and fears of a global recession mount, stock markets around the world have registered sharp declines and precious metals used in industrial production have joined the massive sell-offs across financial markets. Palladium and platinum were not exceptions, not helped by China (major users of the metals in catalytic converter production) posting a larger than anticipated economic slump in the first two months of the year.  On Monday 16th March palladium, for so long a star performer, slumped the most on record, dropping to $1,832 an ounce, a collapse, in one day, of 18%, and a decline of 36% over the previous week; platinum fared little better, falling to $564 an ounce. 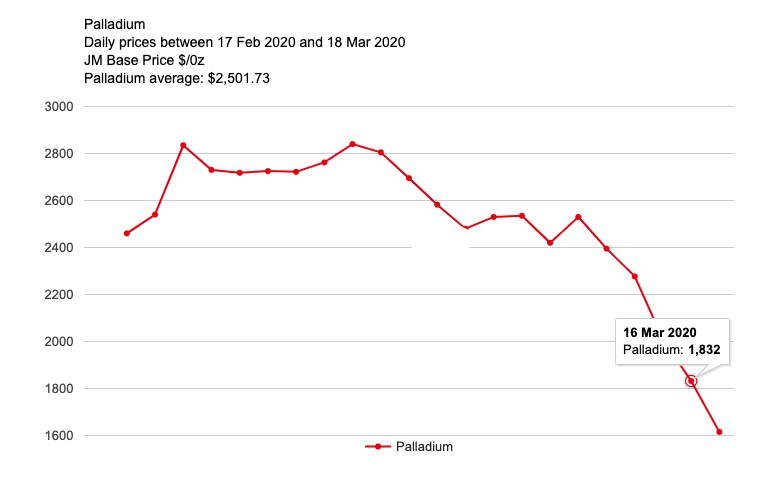 Although it seems that China is starting to see the green shoots of recovery from COVID-19, the impact on the rest of the world, and especially Europe and the USA has still to be realized. There will be severe economic downturns, not least in the automobile industry and this is likely to have a negative impact on the demand for PGMs. However, this factor will be offset by stricter emissions standards, particularly in China and India…

Both China and India have introduced stringent emissions legislation that will lead to an increased PGM requirement in catalytic converters on heavy-duty vehicles. This will go some way to offset losses from a fall in overall demand from the automobile industry should COVID-19 not be contained well into this year. Investors are understandably cautious to make price forecasts so early in the evolution of the virus, although one leading independent macroeconomic research company, Capital Economics, had, prior to this week’s tumble. stuck its neck out and has forecast platinum prices around $800 per ounce by the end of the year, lower than the metal’s performance in 2019, but a significant recovery from the current trading price.

For the past year or so, palladium has been the star of the show, with burgeoning demand, combined with concerns over availability, leading to a surge in market price to a new record high of over US$2,800 an ounce. As we have previously reported, this is primarily due to changes in the composition of catalytic converters to meet new emission standards in China and elsewhere, together with the trend from diesel to gasoline-powered vehicles. Initially, analysts tended to agree that these factors would continue to outweigh any drop in demand for automobiles and that prices will recover as demand continues to outstrip supply. The caveat, though, is that if COVID-19 is not contained for a number of months, the auto industry will suffer and production is likely to fall, leading to the price of all PGM’s to fall, despite the higher loading in catalytic converters. 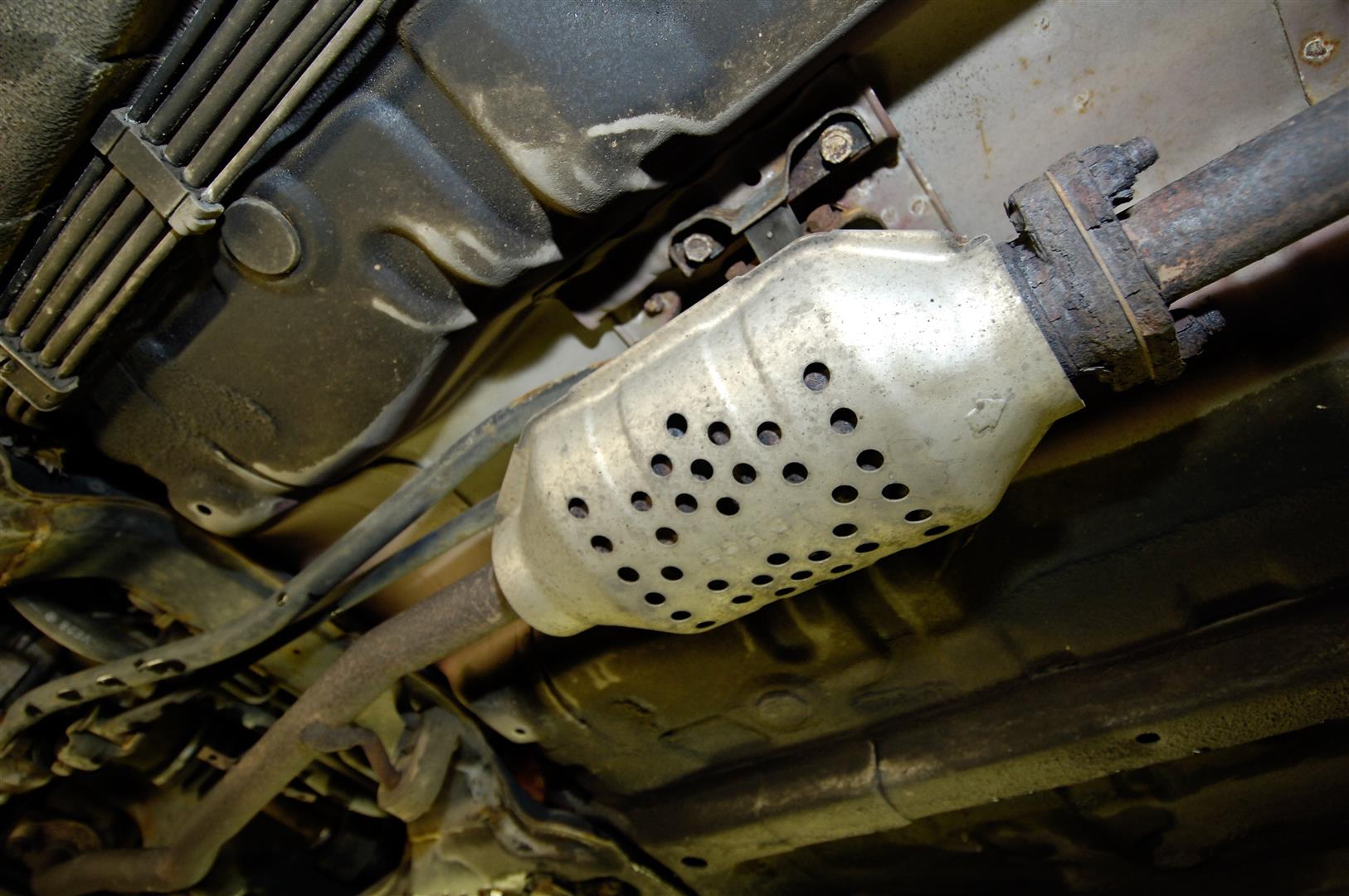 One other issue could influence the demand, and therefore the price, for palladium. As noted in earlier articles, there has been some talk about substituting platinum for palladium, as a result of the widening price disparity, with some analysts saying this could start to take place from as early as 2022. If this was to occur then the two PGM’s would almost certainly see a converging of their respective prices.

In the past often regarded as the “Cinderella” of the 3 main PGMs, rhodium has experienced a surge in demand and price recently, and in the few months since the end of last year, its spot price has more than doubled. This was a result of a 15% increase in demand for the metal due to the major new emissions standards in China, coupled with increased supply availability of only 10%. Rhodium only found as a by-product of platinum mining, is, in volume terms, a much smaller component of the metals market, and has not been as affected as platinum and palladium. Indeed on 10th March, it reached a high of $13,800 an ounce, though it has since fallen back to around $11,000 an ounce.

The coronavirus pandemic is having a major short-term impact on PGM prices, in line with the majority of metals. At this stage, with great uncertainty in the world over how long the pandemic and the resultant economic downturn lasts, it is almost impossible to forecast the future as far as PGM prices are concerned. Nevertheless, what is beyond doubt is that the new, more stringent emissions regulations will ensure, once the virus crisis is overcome and a semblance of normality returns in the auto industry, that demand for PGMs will continue to rise. Meanwhile, the supply deficit will continue to ensure there is a rising demand for the recycling of catalytic converters, increasing the importance of the recycling industry in providing PGMs for the industry.