In a recent article, we spoke about the potential substitution of palladium for platinum in catalytic converters due to the rising price of the former. Well, even we have been taken aback by recent market price fluctuations…

In just a few short weeks since the start of 2020, palladium’s price has rocketed by more than 22%, making it 80% more expensive year on year. Indeed, since the start of 2016, the price has risen from $450/oz to more than $2,300/oz - an increase of well over 400%, and it is now a more valuable commodity than gold, for the first time since 2001. And the Goldman Sachs Group, for one, fully expects this incredible performance to continue and push the price towards $3,000 an ounce.

This upsurge has principally been caused by the rising demand for the precious metal from car manufacturers (who account for almost 80% of palladium usage) as further, and more severe, emission limits are introduced into legislation across the globe, forcing automakers to increase the amount of precious metal they use. Additionally, according to Philip Newman at consultants Metals Focus, “palladium is also riding the coattails of a wider boom in precious metals prices as investors seek shelter from economic uncertainty in assets traditionally seen as safe”

Coupled to this is a persistent, continuing shortage of the metal, as it becomes increasingly difficult and more expensive to mine. Traditional producers South Africa and Russia are having to go deeper with lower returns to extract new supplies, and, of course, in today’s climate of environmental pressure, this also raises concerns.

Nevertheless, the rally is good news for South Africa who can expect to see a significant financial benefit as Platinum Group Metals (PGMs) are a major source of royalties from the mining sector. As well, there may be an increase in the value of the country’s currency, the Rand, with precious metals responsible for around 20% of South Africa’s exports. Mining companies across the globe, in response to demand for PGMs in general, are also reassessing the potential for reopening old mines or establishing new ventures in South Africa. In particular, Canadian miner Ivanhoe has carried out a positive feasibility study at its Platreef mine in South Africa and believes it can produce 219,000 ounces of platinum per year and US-based Platinum Group Metals is planning to invest heavily in its new Waterberg mine in the country, principally for the mining of palladium, as “the increased emission standards in China, a move away from diesel to gasoline in Europe and large SUVs and trucks in the USA have all favored an increase in palladium demand for catalytic converters,” 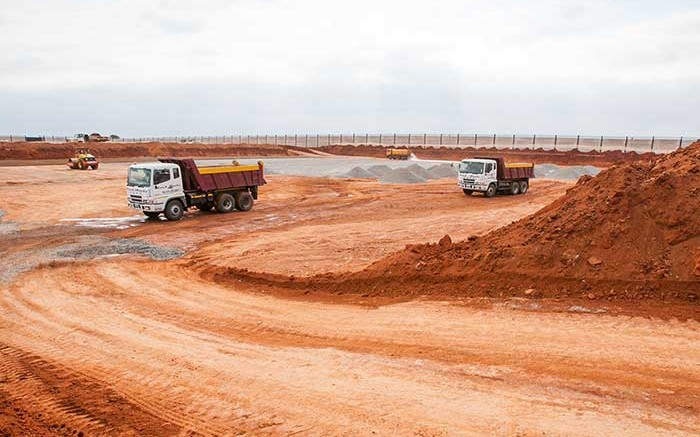 Many believe that this upward move will continue until vehicle manufacturers make the switch to platinum but  “this will likely only happen when the palladium shortages become severe enough to create problems in producing a car, which is still a way away”, according to Goldman Sachs. Added to this, palladium is known to be a more efficient catalyst than the cheaper (for now) platinum, and new lithium batteries, used in the emerging electric vehicle market, also rely totally on palladium.

For those of us in the business of recycling catalytic converters, rising prices can only be good news. Firstly short term returns will be better, and secondly, the issue of supply shortages will place even greater emphasis on the recovery of palladium from catalysts. This is an opportunity to be exploited!